When you think of grilling, bacon is probably not the first thing that would come to your mind. These cuts of meat are obtained from the belly section of the pig and are cured with salt. Bacon is a popular breakfast staple that is cooked in many ways, from frying, broiling, and baking. But do you know that it’s also possible to grill your bacon using a pellet grill? So here’s how to cook bacon on a pellet grill.

Pellet grills are some of the most popular cooking units today. They are available in different types and come with a wide range of features. Regardless of the type of pellet grill that you own, it’s definitely possible to use the grill to cook bacon. 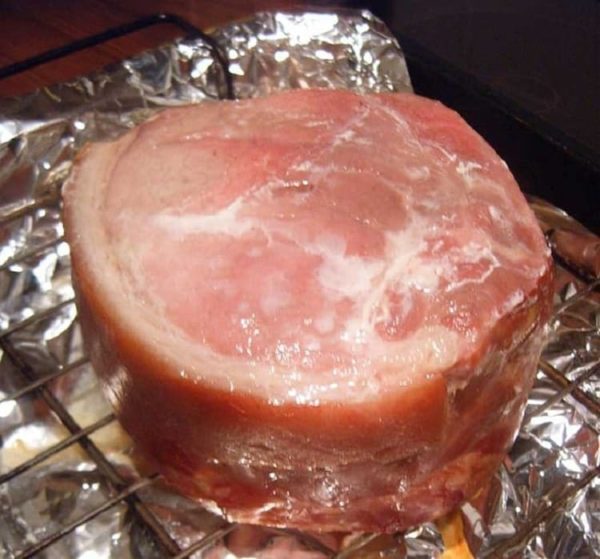 How Long Does It Take to Cook Bacon on a Smoker?

– Preheat the pellet grill to 375 degrees F. Put the thick cut bacon on a parchment paper and close the lid after flipping over the bacon. It will take just 20 minutes.

Can You Smoke Sliced Bacon?

– Cooking your bacon in a smoker is definitely possible. Instead of following the steps above, simply place the bacon on the smoker and smoke until it reaches a temperature of 150 °F. This should take roughly 1-2 hours. This method is recommended if you’re cooking bacon wrapped dishes.

How Do You Cook Burgers on a Pellet Grill?

Is Bacon Cold or Hot Smoked?

When smoking bacon, there are two ways on how you can go with this – cold smoked and hot smoked. If you’re going to cold smoke the bacon, you can expect for the process to be much longer. The temperature required for cold smoking bacon is much lower, which is around 100 °F. Experts would highly

How Long to Cook Bacon in Oven 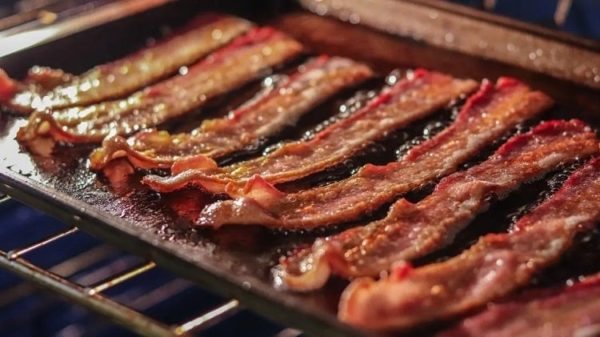 America seems to have a love affair with sexy, luscious bacon. Imagine: The delightful smoky snap as you sink your teeth into a mile-high BLT… or the unmistakable aroma of sizzling, tender beef filet hugged by thick, juicy bacon strips on the grill. Bacon is everywhere—elevating the humble breakfast egg or featured in beer-and-bacon flights at pubs around the country.

I grew up with bacon sizzling in a cast iron pan on my mom’s stovetop, then in college, it became faster to lay strips on a microwave bacon cooker. As I became more sophisticated in the kitchen, I wanted to get the best out of my bacon, and I learned about what dry oven heat can do for these tasty morsels. Let’s talk about how to cook bacon in the oven!

Cooking bacon with the oven

The cooking time will depend on the thickness of your bacon, your oven, your personal preference for doneness, and the type of pan that you use, so check on your bacon mid-cook every two minutes after the following bake times. Here are a few averages for your favorite types of bacon:

How to cook bacon in the oven

When it comes to cooking bacon in the oven you have two options. You can either cook it on a baking rack or you can cook it directly on the lined pan. The rack allows the bacon to stay elevated away from the grease so it bakes in dry air instead of “boiling” in its own juices.

Pro Tip: Never pour bacon grease down your sink or into any drain. It will harden and clog pipes. Collect bacon grease in a covered container (great for further cooking and baking) or scrape pans directly into the trashcan.

Fun Fact: Wrapping food in a layer of fat (like bacon) to lock in moisture and add flavor is called Barding.

Cook bacon on a baking rack

Cooking bacon on a rack is basically elevating the bacon off of the pan so that it is cooked evenly and it is not laying in its own grease while cooking. There are pros and cons to this method. Try using a wire grilling tray that you might use for grilling shrimp or veggies on a barbecue grill if you don’t have a specific baking/cooling rack.

✅ When bacon is cooked on a cooling rack it will generally turn out crispier.

The other option is to cook the bacon on a baking sheet directly. This option means that the bacon will be a bit greasy when it is done but that is easily solved by draining and patting the cooked bacon with paper towels. We actually cook bacon using this method quite often. However, we do use a silicone baking mat when doing so.

✅ Bacon cooked directly on the pan may turn out more tender than crispy, and more sopping with grease.

Cooking bacon with the oven recipe

How Long To Cook Bacon In Oven

Option 1: Cook bacon on a baking rack in the oven – foil

Option 2: Cook bacon on baking pan in the oven – mat

What does a rasher of bacon mean?

The term “rasher” can refer to one slice—or even several slices—of bacon (or ham) that are part of a serving or portion. It may have hailed from a Middle English verb which translates “rashen” as “to cut.”

Tips for cooking perfect bacon in the oven

No matter how you cook your bacon, it is likely going to turn out delicious because, well, it’s our favorite—BACON! (the maple kind). Remember this guy?